Idioms are of paramount importance in every language, and they help convey people’s messages effectively without using too many words. For this reason, native speakers often use idioms which they can naturally understand, but these expressions are strange to foreigners’ ears. Therefore, our post today will discuss “weird” idioms that help you sound like an indigenous person. Of course, it is only “weird” to us as English learners, as, more often than not, we cannot fully understand them by translating word by word. So, are you ready to take off? Make sure you have your pen and notebook beside so that you can acquire idioms that will come in handy in daily conversations.

Example: Due to his injuries, he was not enlisted into the army. He said it was a blessing in disguise.

This can be associated with mixed blessing, which refers to something that has both advantages and disadvantages.

Example: The coronavirus is actually a mixed blessing. It kills many thousands of people worldwide, but the natural world is reviving in compensation.

2. A piece of cake: Cake is a kind of food that many people take a fancy to, and eating it is a really easy task. You can say that something is a piece of cake when you find it easy to be successful in it.

Example: Regarding computer science, he is second to none. It is only a piece of cake to him.

Example: The case was so complicated that everyone panicked. John, however, was cool as a cucumber. 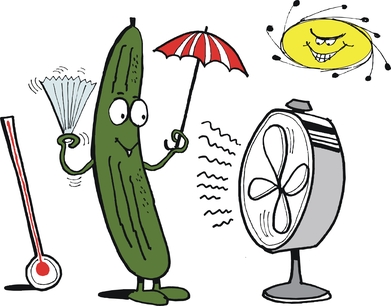 Maintaining this attitude makes life easier for everyone!

Example: David’s family was declared bankrupt, and he even added fuel to the fire by causing a serious accident.

Another similar idiom is add insult to injury, which basically means“to make a relationship between you and somebody else worse by offending them”. Generally speaking, it refers to a relationship, so the range of meaning is narrower than the aforementioned expression.

Example: Everyone knows that Joe and Peter have always been sworn enemies. Yesterday, Tom even added insult to injury by saying that he was a foundling.

Example: Stop barking up the wrong tree! I won’t let you lead me by the nose anymore!

Example: Don’t beat around the bush, I’m going to die of curiosity!

Example: Anna is such a workaholic that she always bites off more than she can chew.

You will be exhausted for biting up more than you can chew.

Example: I got up late today and caught the bus by the skin of my teeth.

Example: It’s no use crying over spilt milk. Come on, a brisk walk will do you good!

10. Don’t judge a book by its cover: This idiom is used to advise people against forming an opinion about somebody/ something from their appearance only.

– Small as Selena may seem, she is actually a very versatile girl.

-I couldn’t agree more. As the saying goes, “Don’t judge a book by its cover” 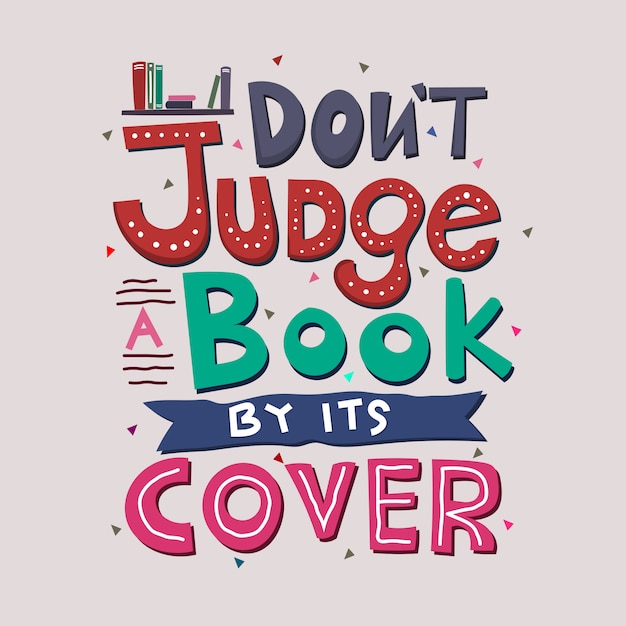 A person’s appearance does not decide who he is.

11. Get out of hand: If something gets out of hand, it is very difficult to control. Besides, when you do something out of hand, you do it immediately without thinking carefully or listening to others’ opinions.

The coronavirus is getting out of hand and posing a threat to everyone’s life.

He turned down both of the applicants out of hand despite their potential.

12. Hit the books: Students are most familiar with this expression, which is synonymous with studying.

Example: Why don’t you hit the books instead of playing video games? The final exam is within several days to come!

Burn the midnight oil is an equivalent of hit the books, but the former includes high levels of hard work. Remember, this can be applied to both working or studying until late at midnight.

Example: Jane always burns the midnight oil. No wonder why she is the most outstanding when it comes to academic performance.

Example: I heard on the grapevine that Jim and Ann had been in a secret relationship, as their families did not consent their love.

Example: By combining learning English with fun activities, you can acquire useful knowledge and relax at the same time, thus killing two birds with one stone.

Name a situation in which you killed two birds with one stone.

Example: We decided to make a surprise farewell party for Emily, but Bill let the cat out of the bag. Everyone in the team was really frustrated with him.

16. Miss the boat: You can easily guess the meaning of this idiom by translating word by word. If you miss the boat, you will not be able to go across the river, and yes, you are right! It means you have wasted the chance because you are late.

Example: If you don’t register for that free course right now, you will regret missing the boat later. It is an once-in-a-lifetime opportunity!

We tend to miss the boat, and deeply regret later.

17. (To cut/ make a) long story short: used to sum up the most important points of an issue which can be much more complex. You should pay special attention to this idiom, as many learners tend to replace “a” with “the”, which will make the whole sentence incorrect. Of course others still understand you, but perfection is always better, isn’t it?

After all, long story short: she was crazy about him, but her love was an unrequited one.

To cut a long story short, he will not help us, no matter how we insist him to do so.

18. Sit on the fence: When a person sits on the fence, he/ she tries not to get involved in something that can be of vital importance.

Example: Stop sitting on the fence! Make your decision! It will decide who wins the game.

19. Under the weather: Many of you who are reading our post may have known this idiom before. When you are under the weather, you are not feeling well at all. This expression dates back to the old days of sailing ships, where seasick sailors would stay in the deck so as not to be affected by the weather. Learning the origin of the idiom can also be an effective method to memorize its meaning.

Example: Since the temperature is so unpredictable, she feels under the weather.

Example: My dad said I could choose either a computer or a tablet for my birthday, and I was caught between two stools.

Example: The family was on the horns of a dilemma. The kidnappers demanded a huge ransom or else the children will be killed.

Example: The highly contagious disease put the authorities in a quandary.

We have managed to finish today’s lesson, which elaborates on 20 idioms among the most useful and popular ones. Having acquired these expressions, make sure you apply them to your daily conversations so that you can memorize them better. If you don’t, what’s even the point of such posts like ours?

When you have enough exposure to you, you will not waste time thinking them up, as they will automatically appear in your mind. Gradually, you will have a rich knowledge of English idioms by means of this learning method. Remember: work hard and success will be somewhere to be found. Don’t forget to visit us to explore more interesting posts about every aspect of English. Stay tuned!