It is irrefutable that money concerns us humans greatly. As a child, we wonder how to spend your little pocket money reasonably. Time flies, and when we grow up, we start to worry more about our future. What will we do? Will we make enough money to cater for ourselves and our parents? And after all, what is money? Regarding its appearance, money is just a coin or a note. However, money is also what everyone craves. It is a medium of exchange that helps us get hold of whatever we like. So, how can we earn a lot of money?

I know a way that is most likely to help solve your puzzles. Knowledge. Study is the shortest path to success. For this reason, add these 15 below idioms about money to your note to take a step closer to your dream.

Foot the bill means to pay for something, perhaps costs you a considerably large amount of money.

– The two middle-aged men are arguing over who should foot the bill for the meal.

I guess you are more than willing to foot the bill for me, huh?

2. Not break the bank

Not break the bank is used to describe a situation when you have to pay for something that is beyond your ability. It costs so much that you may have to spend your very last penny.
Example:

Have you ever bought something that almost broke the bank?

If someone has money to spare, for instance, in his/her bank account or he/she is not in debt, he/she is in the black.

Now, contrary to the aforementioned phrase, when someone is in the red, he or she has spent more than he or she could earn, or they are facing financial problems.

Are you currently in the black or in the red?

Money talks is referred to as an expression when someone is trying to convey the power of money. In other words, you can do or get whatever you desire if you are rich and affluent. 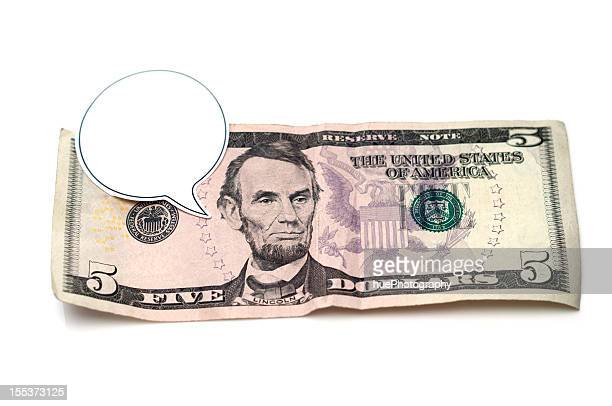 When someone gets something on the house, he or she does not have to pay for it.

Have you got anything on the house?

This functions as a noun to depict a person who is constantly conscious of money, aware of the total sum that he/ she expended. He/ she tries his/ her best not to spend money on unnecessary things. A penny pincher can also be learned as someone with a frugal lifestyle.

Being a penny pincher can be both beneficial and harmful

7. From rags to riches

You can understand the figurative sense by guessing its meaning literally. Rag is a piece of old cloth that is torn, worn out, and out of use. Meanwhile, rich can be explained as a valuable possession or a large amount of money.

Symbolically, from rags to riches is used to describe a change from being poor to rich. 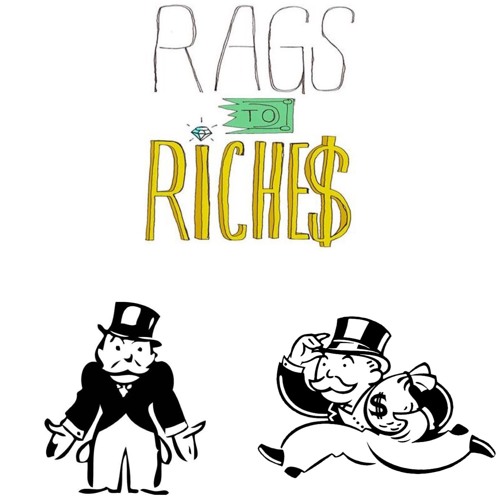 There are bunches of motivational stories of rags to riches

To earn a living is to make enough money to live on, to receive a fair wage to cater for your needs.

It is part of your life. Try hard!

This idiom might be easily defined as to become bankrupt and lose all the fortune. To illustrate, if a company goes bust, it runs out of money and is no longer able to afford the bills. Hence, it is forced to close down. Hope you will never have to experience this!

A nest egg, literally, is the place where animals lay their eggs and hatch them. However, in today’s money-related topic, a nest egg is learned as an amount of money, in most cases a large one, which is set aside for particular purposes or for the future generally. It can probably be for the cost of education, or retirement, etc.

Do you have you own nest egg? If not yet, you’d better get one.

11. Not have two pennies to rub together

Penny is the smallest unit in the USA currency. So by this way of saying, people want to express their extremely poor condition. When someone does not have two pennies to rub together, he or she has very little or no money to spare. 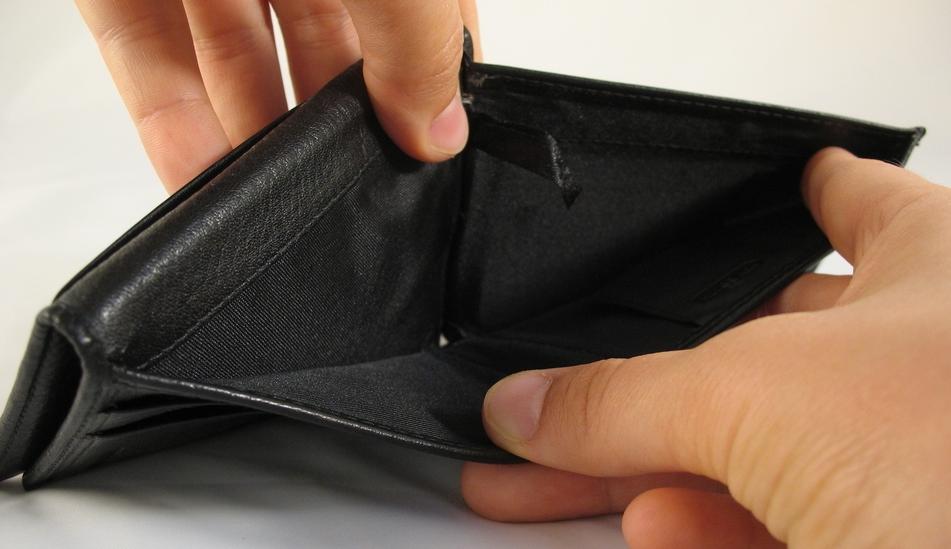 You must have been in this difficult situation once!

To go dutch means to split the bill equally and evenly for the sake of fairness. When your friend says, “let’s go dutch”, he means “let me pay half of the price”.

Have you ever been told by a friend that you should go dutch?

This might be familiar with you as it is often used in daily conversations. If something costs an arm and a leg, it is intensely expensive. Arm and leg are the main and indispensable parts of the human body. Thus, the expression is used to describe something lavish and rather  incomprehensible. 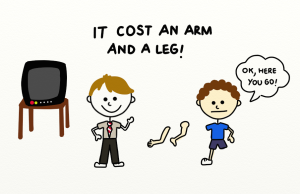 Have you ever purchased something that costs an arm and a leg?

14. Pay through the nose

While the above idiom is used to describe objects, pay through the nose is applied to people. It has the same meaning as cost an arm and a leg. You have to pay a great sum of money for something.

This phrase is exactly opposite to the sixth one – penny pincher. When you have money to burn, the amount of money you own is much larger than you need. So you spend it on inessential items. In this case, you burn your money without lighting a fire.

Never try this at home. You can give it to charity instead!

You have come to the end of our topic today. Congratulations! You did a great job. We hope you gained and widened your knowledge a bit more after every lesson. Don’t forget to write the above idioms about money down in your notebook and recall them regularly so that they will stay in your long-term memory.

We have a small tip to help memorise new vocabulary more effectively. While noting, you should not use my given examples. Try to make your own sentences and apply them to real-life conversations. It is okay if you forget the meaning every now and then. Learning to master a foreign language has never been an easy task. You need to be patient and studious. Take it slow, and someday you will find the unexpected!

Good luck to you all, and stay safe!

See you in other lessons.